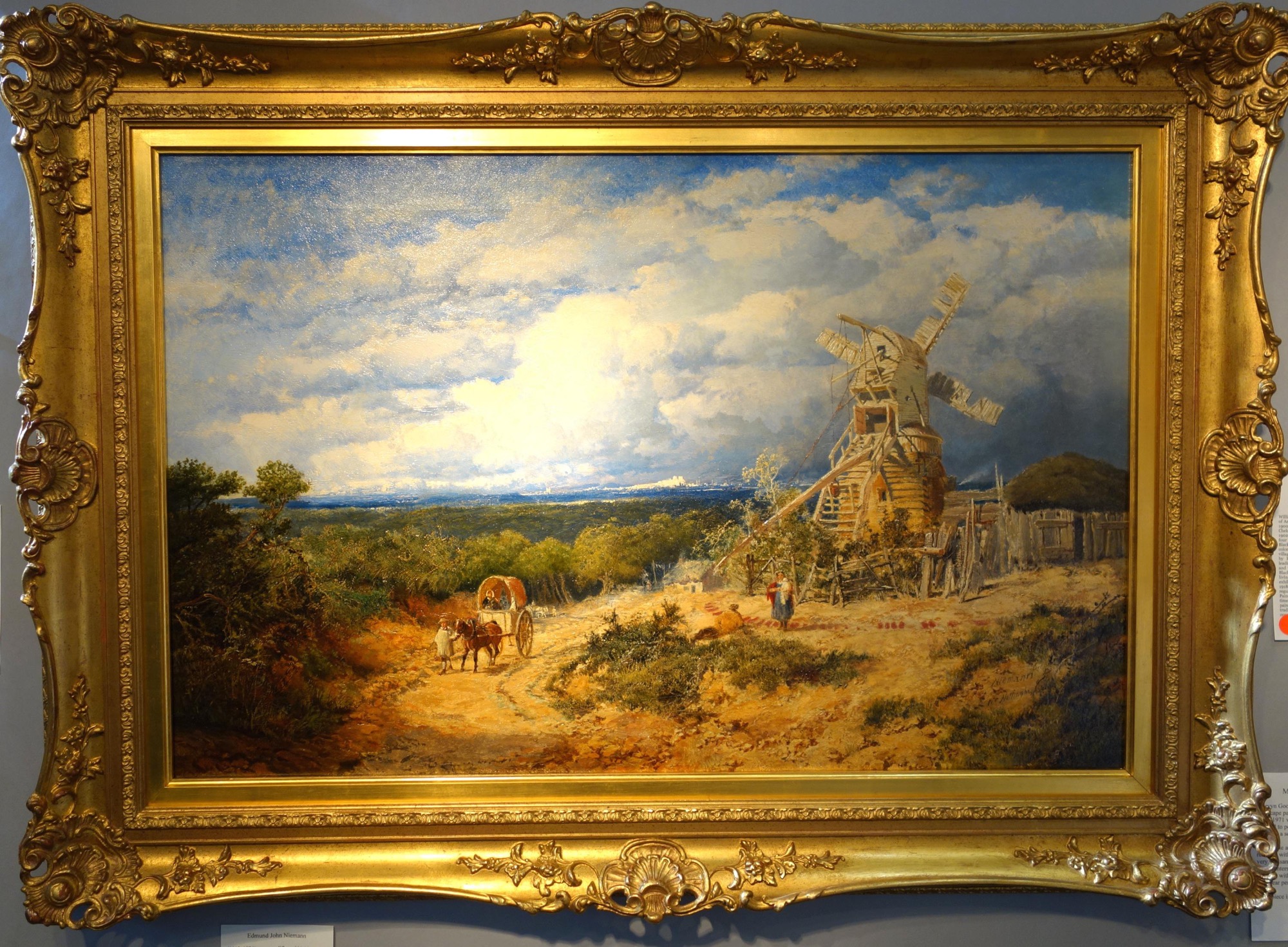 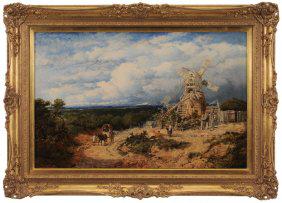 A View of Nottingham

Edward John Niemann Sr
Niemann was born in Islington, London in 1813. His father, John Diedrich Niemann, was a native of Minden, Westphalia and was a member of Lloyd's, working in the City of London. As a young man, Edmund was employed as a clerk at Lloyd's, but he decided to devote himself to art and in 1839 settled in High Wycombe, Buckinghamshire, mostly painting out of doors. Though he especially enjoyed painting the scenery of the Thames and of the River Swale, near Richmond in Yorkshire, many other areas of the British Isles are covered in the corpus of his work.
Between 1844 and 1872, he exhibited paintings at a wide range of prestigious galleries including the Royal Academy, the British Institution, the Society of British Artists in Suffolk St, the Royal Scottish Academy, the Royal Institute, the Glasgow Institute, the Paris Salon, the Liverpool Academy of Arts and the Manchester Academy of Fine Arts. The first picture exhibited was a view "On the Thames, near Great Marlow, Bucks" – a small canvas shown at the Royal Academy in 1844.
Niemann and a number of other artists, including Edward Armitage were dissatisfied with the exclusiveness showed by the management of several leading art societies. In 1848 Niemann returned to London for the foundation of the 'Free Exhibition' held in the Chinese Gallery at Hyde Park Corner. This exhibition opened with 500 works of art including sculpture. In 1850 this became the Portland Gallery, Regent Street, and Niemann was chosen as one of the trustees and honorary secretary. The society later assumed the name 'The National Institution'. The existence of the society was short lived with 1861 seeing the last of their exhibitions.
His paintings are characterised by great versatility, natural colours, and visual realism, often in the romantic artistic style of J.M.W. Turner, Corot and Caspar David Friedrich. His son, Edward H. Niemann, was also a painter imitating his father's style.
Ill for a number of years in his later life, Niemann died suddenly at Brixton Hill, Surrey of apoplexy on 15 April 1876

Views Of Southern Italy with Mt Vesuvius, the Bay of Naples , Capri and other views

Impressionist scene of figures walking through a wooded parkland.

View of Venice from a canal or Sea, with gondolas