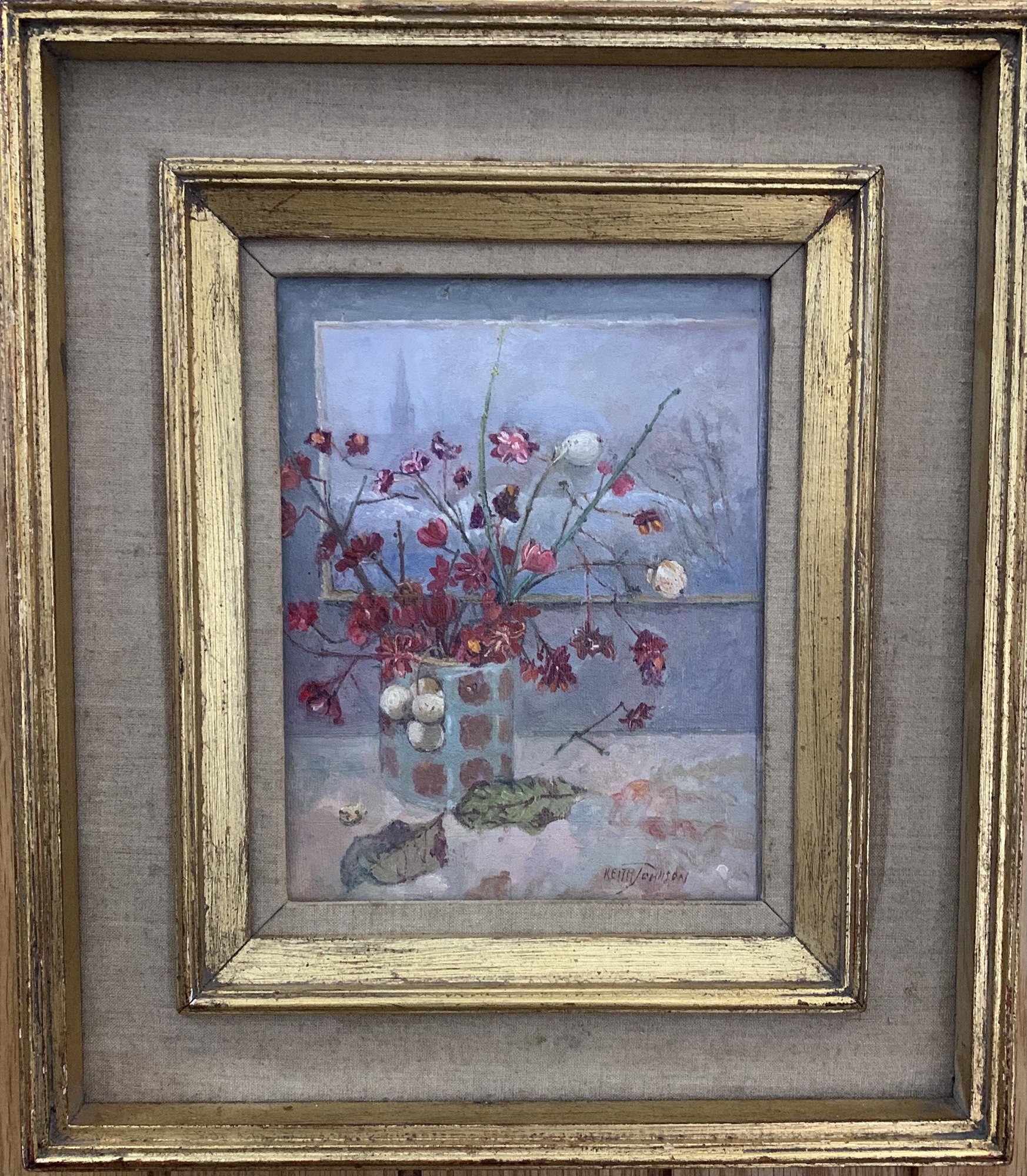 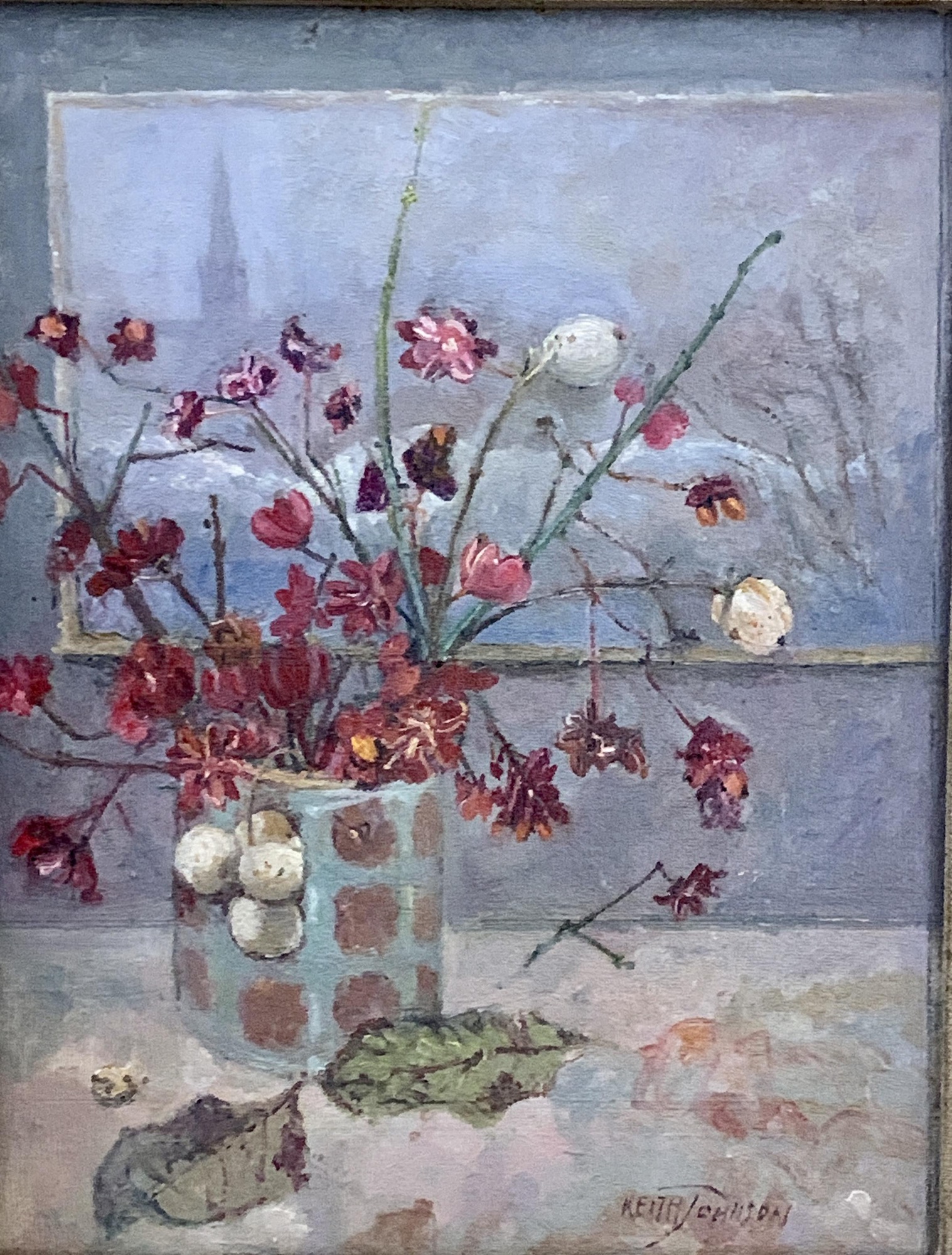 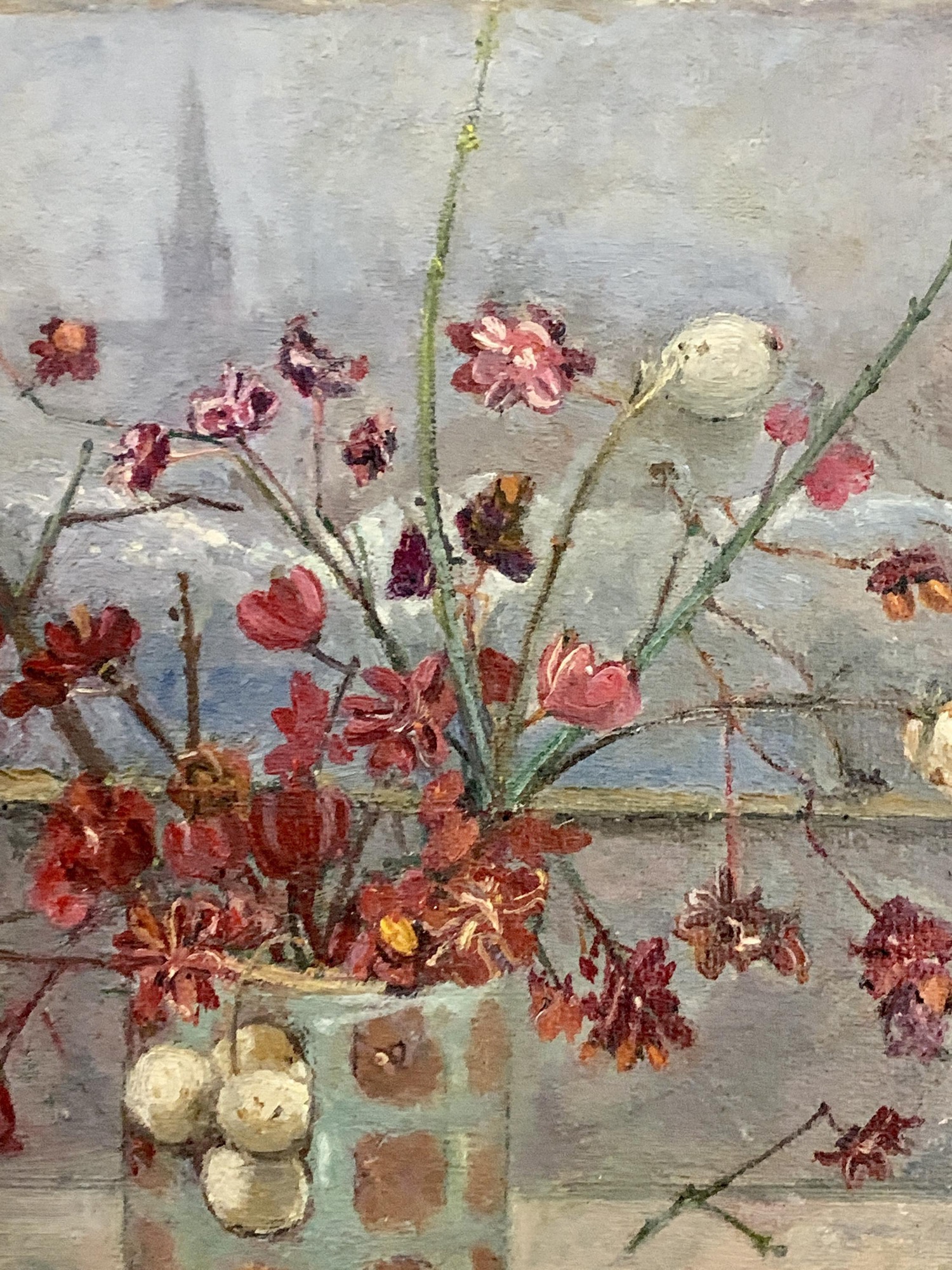 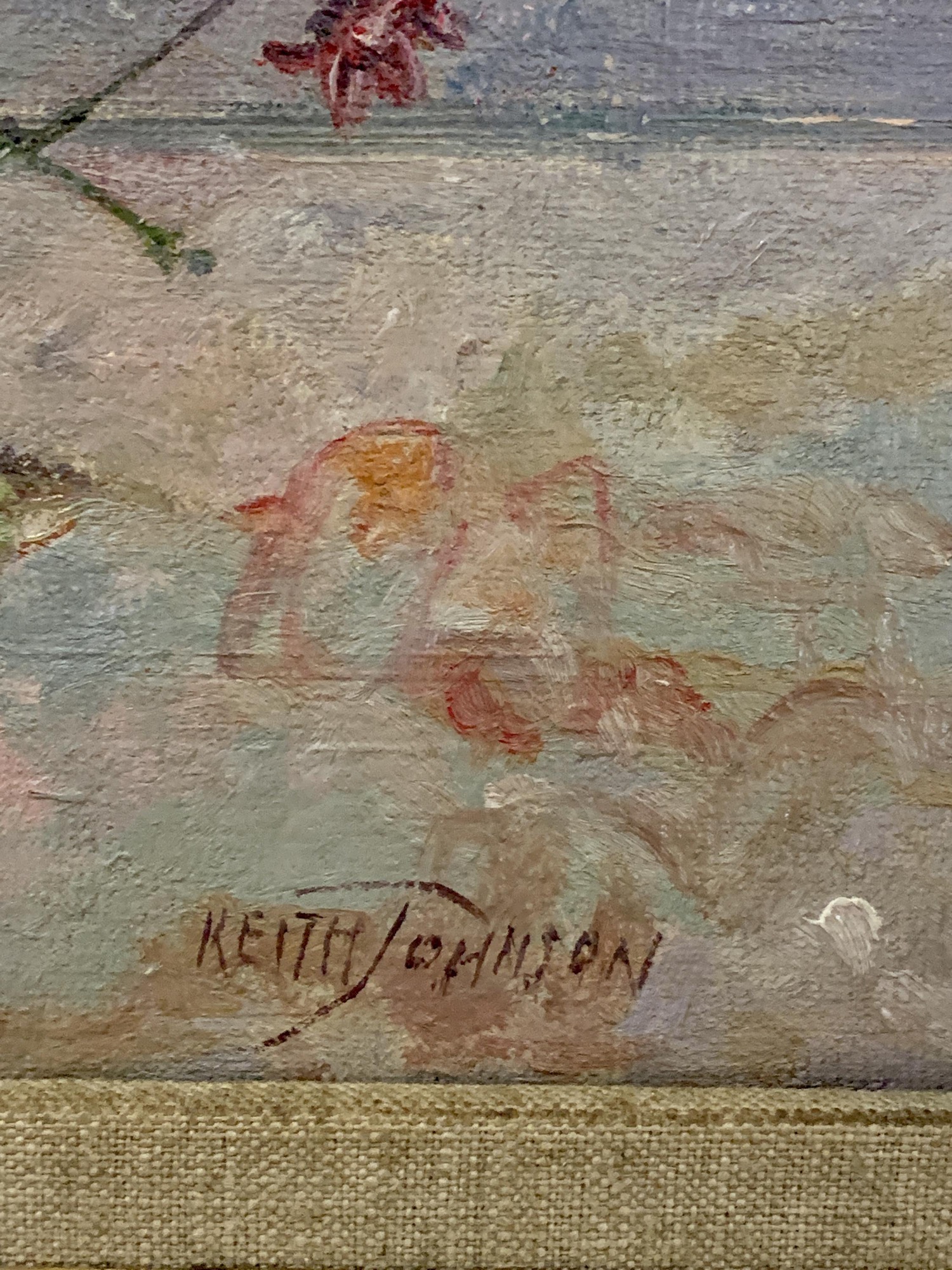 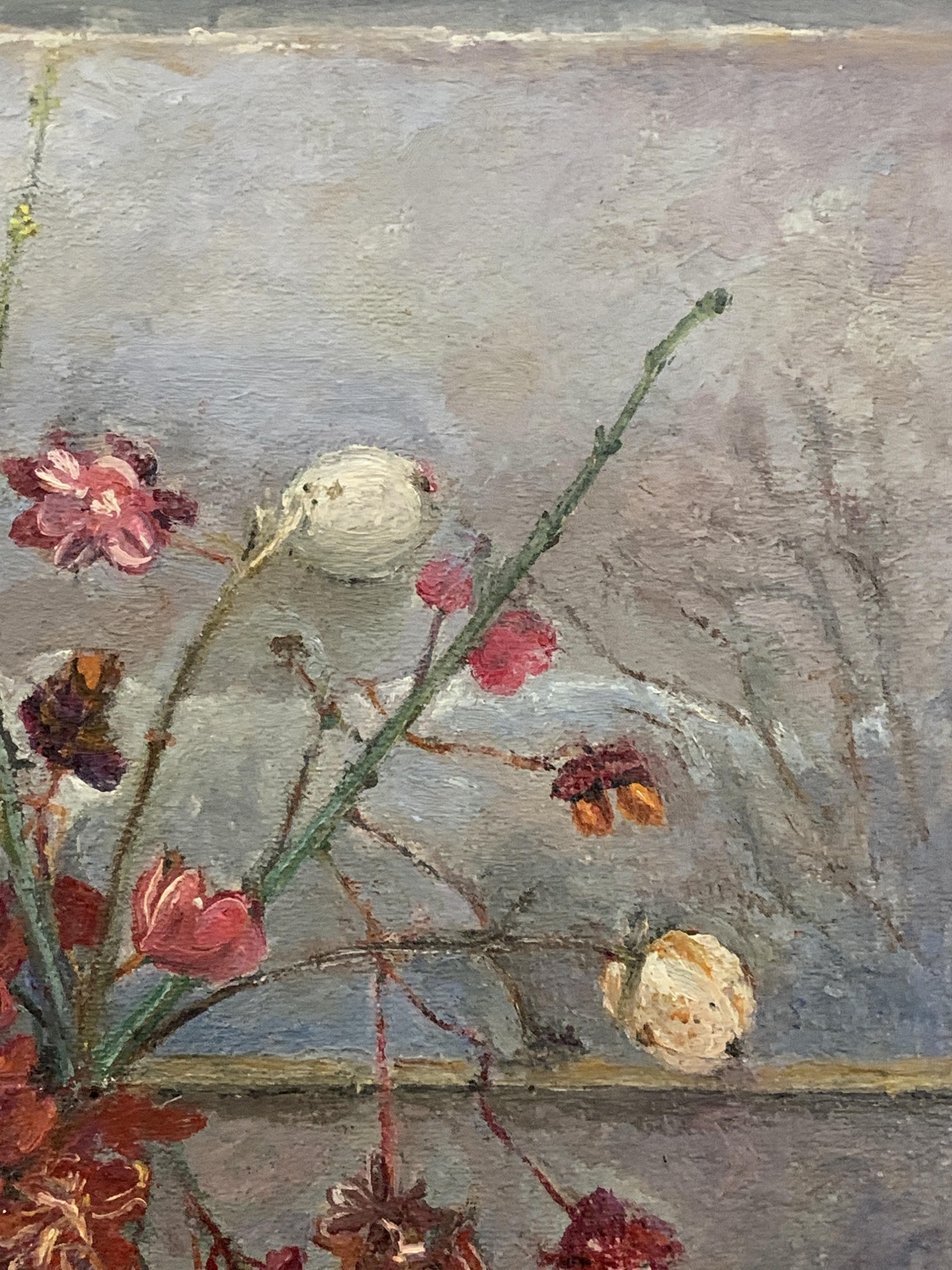 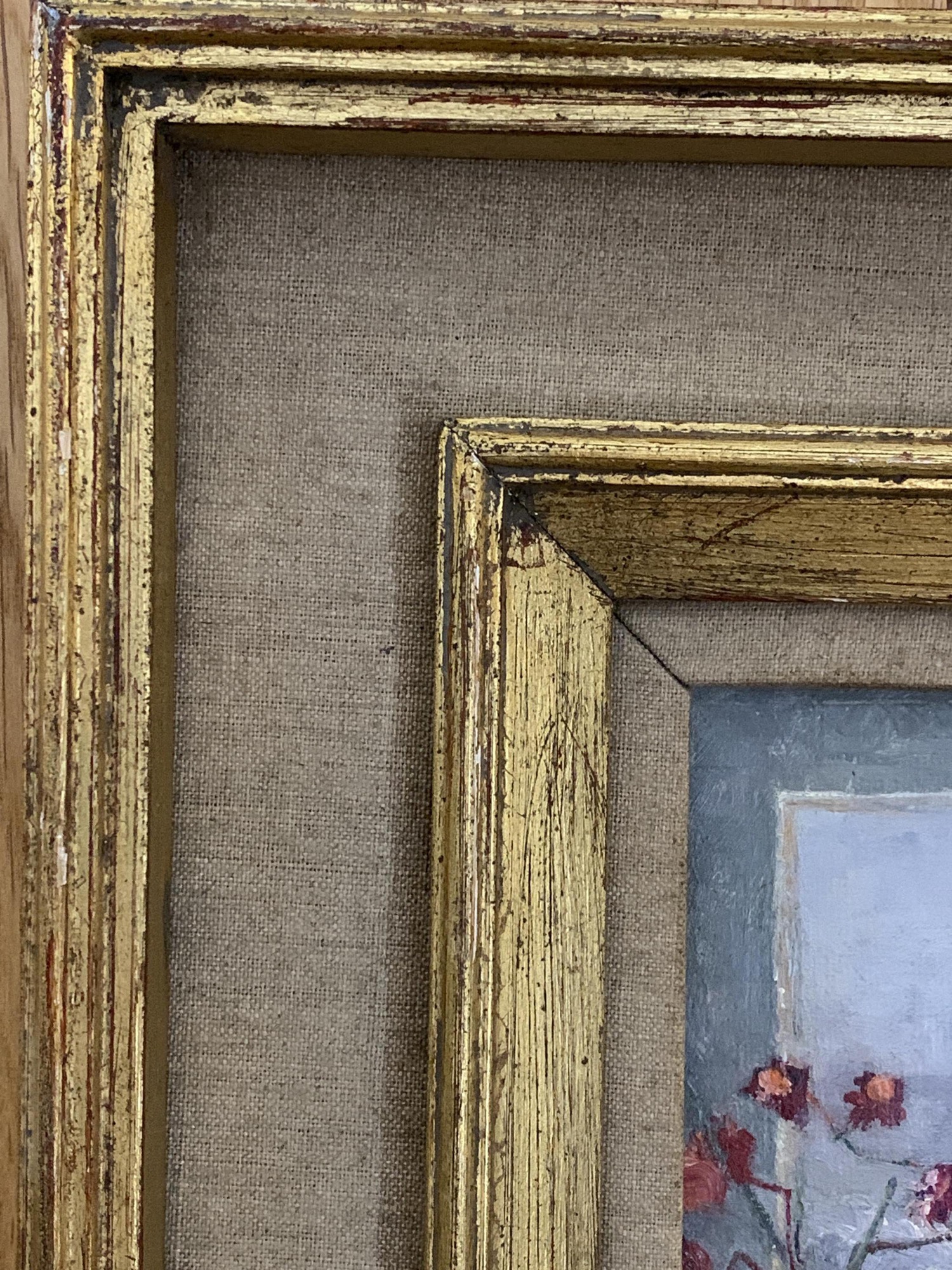 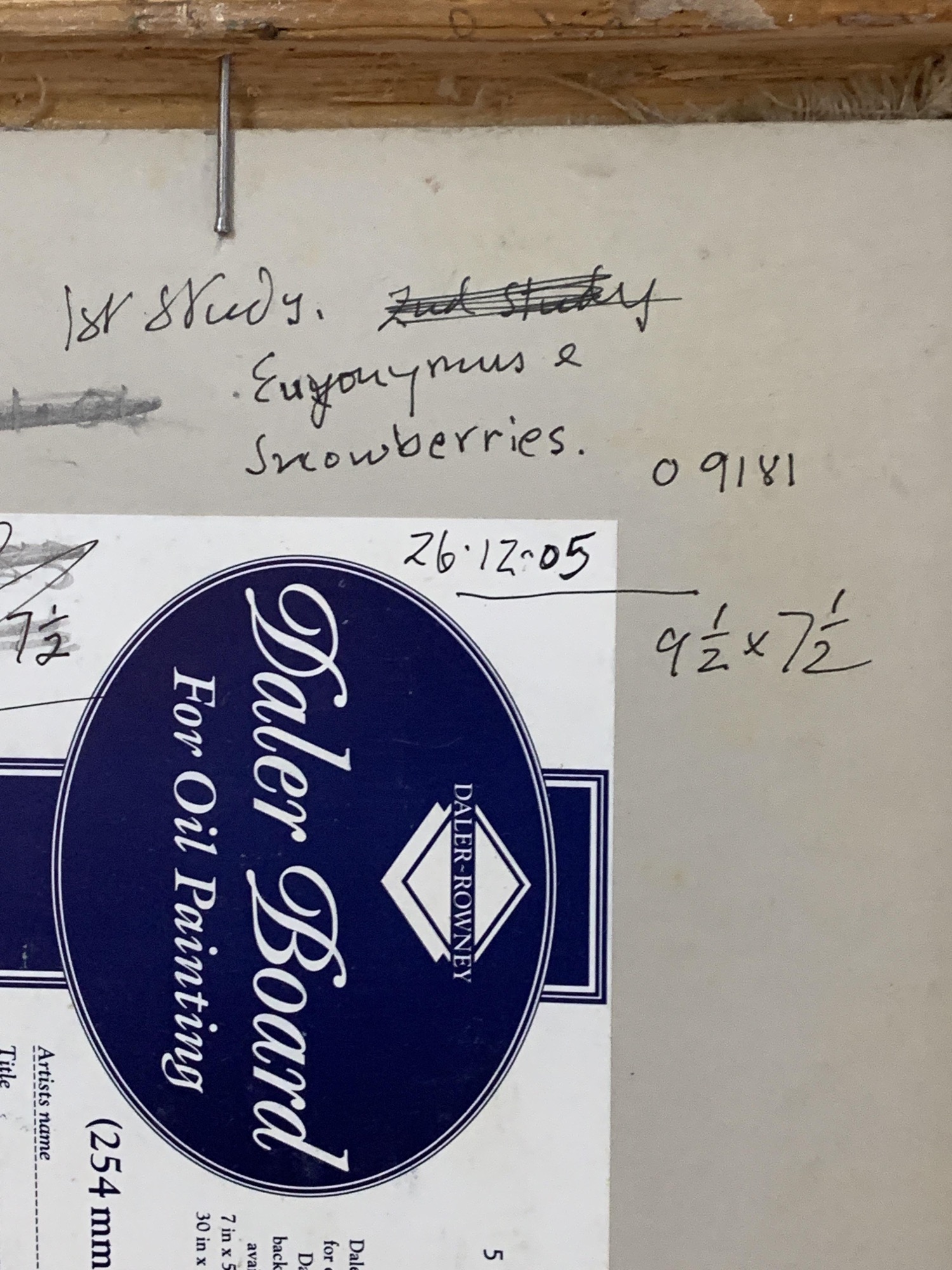 Keith Arthur Johnson was born at South Pickenham, Swaffham, Norfolk in 1931, son of James Arthur Johnson (9 February 1895-1982), a farmer, and his wife Florence May née Wiles (9 May 1900-1996), who married in the Freebridge Lynn district of Norfolk in 1927 and in 1939 were living at Manor Farm, Tottenhill, Downham, Norfolk. Keith painted from an early age and after attending Fakenham Grammar School, he attended Norwich School of Art from 1946, where apart from general studies, he specialized in fabric design which heightened his color awareness and composition sense. His studies were interrupted by National Service in the RAF after which studied for teacher training at Liverpool School of Art obtaining a National Diploma in Design and an Art Teachers Diploma, also studying various printing methods and Art History attached to Liverpool University. Keith returned to Norwich School of Art for more studies, including life classes and portrait painting and from 1951 went to Lowestoft Art School to lecture in Design classes and teach fabric design, including weaving. Whilst at Lowestoft he met fellow lecturers, Tom Hudson (1922-1997), Jeffery Camp [q.v.], Victor Pasmore (1908-1998) and other visiting artists. He also taught at other secondary schools followed by teacher exchange in Canada, returning to teach in Norwich. Keith worked in both oils and watercolor and, although best known locally for his topographical watercolors, has always had a keen interest in more formal oil studies. A long time member and exhibitor at the Norfolk & Norwich Art Circle from 1966 from Framingham Earl and Sprowston, Norfolk, and his work has been exhibited in the national shows in London at the Royal Academy; Royal Institute of Painters in Water Colours; Royal Society of British Artists; Royal Institute of Oil Painters; New English Art Club and elsewhere. He married in 1960, Pauline Hurrell, and together ran a very successful greetings cards and prints business which they sold and Keith returned full-time painting. Keith died on 20 April 2012.

This piece has been uniquely framed in a Vintage English "Seago" 1950's frame.

This piece came from his estate.

Portrait of an Actor

Oyster Catchers on a beach

American flag scene using the Texas flag in a collage