Girl by a beach 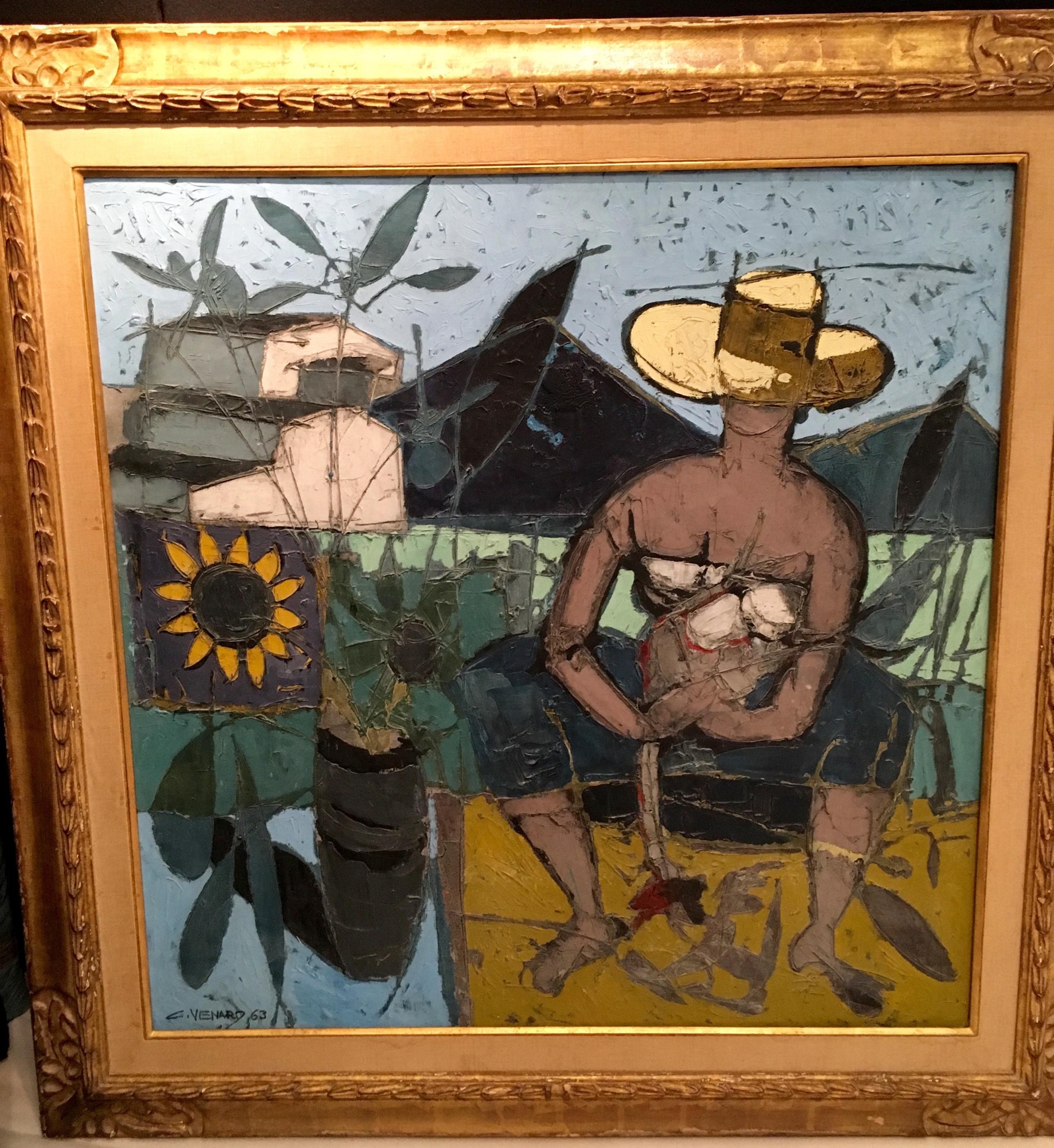 Girl by a beach

Claude Venard was born in France in 1913, dedicating himself fully to painting at the age of seventeen he studied at the École des Arts Appliqués for six years, having fled the Académie des Beaux-Arts after only 48 hours. In 1938 he signed the "Rupture" manifesto, and participated in the first exhibition of the influential group the Forces Nouvelles, alongside Gruber and Tal-Coat at the Galerie Billiet-Vorms. A close affinity subsequently developed among these painters and together they were instrumental in forging the aesthetic of the immediate post-war period of the Ecole de Paris, Venard  quickly became known for his rich impasto and varying textures.  He participated in the influential École de Paris exhibitions at the Galerie Charpentier, and helped found the revolutionary Salon de Mai, in 1944, which played an essential role in promoting the avant-garde abstract painters. Venard received critical acclaim and was personally championed by André Salmon, and Waldemar George, who described his painting as "Apocalyptic art! Beings and everyday things suddenly regain their meaning. Emotional values are once more felt."

Venard's distinctive and alluring compositions are developed through a post-cubist system that oscillates between abstraction and naturalism. What he captures is not the outward appearance of his subject but rather its inner forces and underlying rhythms, he opens up perspectives, projecting spatial vistas into every part of the canvas, in accordance with an emotional rather than a physical order. Familiar objects arise in the midst of a network of striations and hatching. Colours grow more intense in certain zones to stress the solidity of the composition, in other zones the light is more tenuous and diaphanous, as if to indicate a space of different emotional intensity. The apparent impetuosity of his technique however belies the firmness of the underlying structure and is founded on the successful combination of the ruthless realism of his vision and the fantasy of his imagination. Talking about his personal aesthetic philosophy Venard commented that: "Il faut se mefier des œuvres qui séduisent trop au premier abord; je ne veux pas dire par là que la laideur est la plus grande des vertus mais qu'une œuvre doit s'imposer en puissance, sans le truchement d'artifices aimables".

Before his death during the final hours of the twentieth century, Claude Venard had become a highly celebrated artist having featured in contemporary art exhibitions around the world since 1935. He held numerous successful one man shows, including at the galleries G. Denis, Drouant-David, Charpentier,  Romanet-Vercel in Paris and most notably Bernheim-Jeune in 1953. In America he became a regular exhibitor at the Romanet Gallery, Kleeman Gallery, The Fine Arts Association, the Slatkin Gallery and Knoedler Gallery.  Further exhibitions were held in London at the Leicester Gallery (1950, 1954), the Lefevre Gallery (1955) and Arthur Tooth (1959). Venard established a truly international reputation by showing in Chicago, Milan, Geneva, Tokyo, Munich, San Francisco, Copenhagen, Düsseldorf, Dallas, Buenos Aires, Philadelphia, Montreal, and practically all the capitals of Europe, and at the Venice Biennale in 1956. Two important retrospectives of his work were organised in 1960 by the Musée de L'Athénée (Geneva) and in 1969 by the Reading Museum (Pennsylvania).

Views Of Southern Italy with Mt Vesuvius, the Bay of Naples , Capri and other views

Battle between the French and the Austrians