Portrait of a lady in White 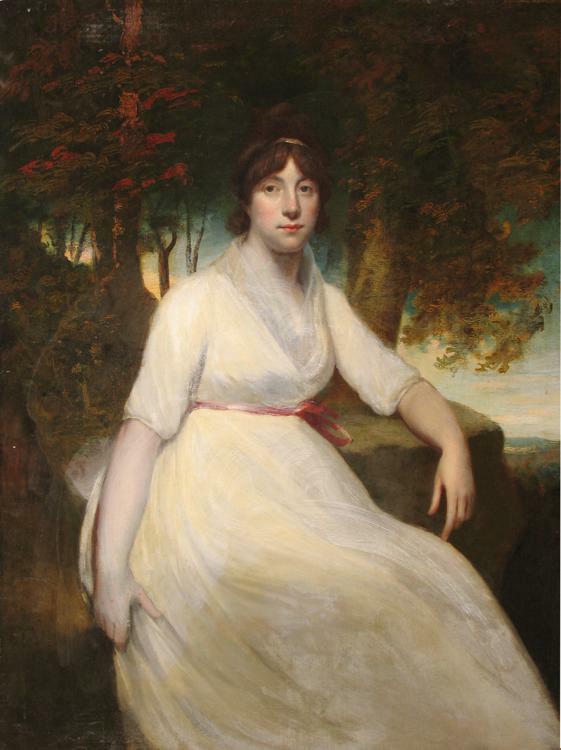 Portrait of a lady in White

Beechey was born in Burford, Oxfordshire, on 12 December 1753, one of the five children of William Beechey and Hannah Read. Both his parents died when he was young, and he was brought up by his uncle Samuel, a solicitor, who intended him for the law. While articled to a lawyer off Chancery Lane he became acquainted with a number of students of the Royal Academy of Arts, gave up his articles, and entered the Royal Academy in 1772. There is no evidence for assertions that he studied with Reynolds; Dawson Turner, who knew Beechey, states more plausibly that he studied with Johan Zoffany, but this could only have been before July 1772, when Zoffany left England for seven years' sojourn in Italy. Beechey first exhibited at the Royal Academy in 1776, and exhibited thereafter almost every year until his death more than sixty years later; he also exhibited regularly at the British Institution (founded 1806). In 1782 he moved to Norwich, where he remained until 1787; there he met his second wife (nothing is known about his first wife, who died sometime after 1784), Anne Phyllis Jessop, whom he married in 1793. They had fifteen children. Also in 1793 he was elected an Associate of the Royal Academy and became Portrait Painter to Queen Charlotte. The 1790s marked the high tide of Beechey's professional success. Later eclipsed by Lawrence, he and John Hoppner were then still dividing the public honors in portraiture with that brilliant young star. In 1798, after painting his huge canvas of the king at a review in Hyde Park, Beechey was knighted and became a full Academician. Although he fell from favor at court for a while in 1804, he continued to paint royal portraits and was later Principal Portrait Painter to William IV. In 1836 he sold his collection of works of art and retired to Hampstead. There he died on 28 January 1839. [Hayes, John. British Paintings of the Sixteenth through Nineteenth Centuries. The Collections of the National Gallery of Art Systematic Catalogue. Washington, D.C., 1992: 9-10.]

Portrait of Edward VI of England, son of Henry the VIII

Portrait of a lady

Old Master portrait of a dog with fruit in a landscape

19th Century portrait of a two Spaniels seated in an interior